NOTE: THIS EVENT HAS ENDED AS OF THE 20TH OF FEBRUARY. UNKNOWN REAPER FLEETS, HIVE FLEETS, UNKNOWN AGGRESSOR FLEETS, AND DEMON CORPS PLATOON FLEETS ARE NO LONGER LAUNCHED AND INTEL IS NO LONGER AVAILABLE. 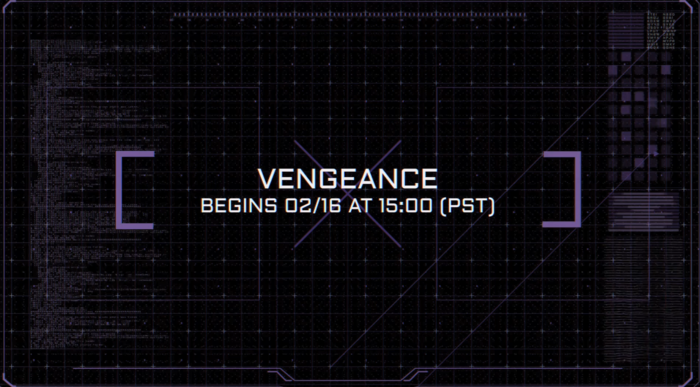 The rebels have intercepted communications stating General Geir has been dismissed from the ranks of VEGA.

Outraged, General Geir has sworn vengeance against those who opposed and betrayed him...


Vengeance is the 30th Major event to occur in VEGA Conflict. It was the first to feature the new Xeno Division.