Uprising is the 1st ever event to be run in VEGA Conflict. It featured new technology that was never ever seen before, as well as a chance at one of the VEGA Hulls, the Dread Battleship. 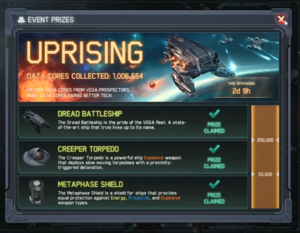