Time Tokens are a feature that was added to the game in the September 2017 update.

Time Tokens are consumables that allow players to speed up certain projects in their base, such as constructing/refitting ships and modules, or research and crafting.

As of the September 2017 update, only tokens for constructing ships and constructing/refitting modules are available. 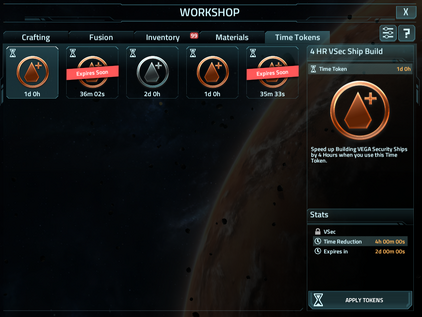 When viewing a project (a ship build in this case), the game will give you an option to boost the project instead of spending coins on it.

Clicking "Boost" opens up a window which shows your applicable Time Tokens for the project, as well as the remaining time and coin cost. 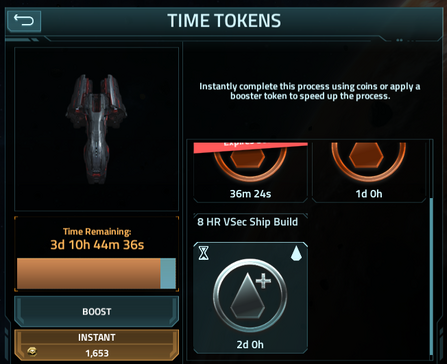 If you want to use a token, select the token that you want and click "Boost". The token will be consumed, and the UI will update with the new duration. 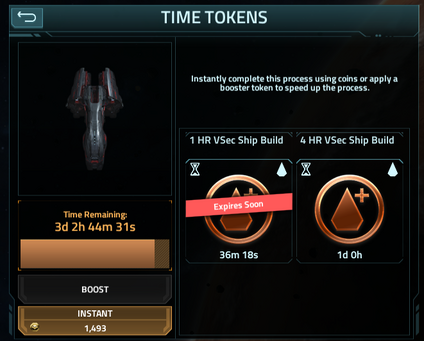 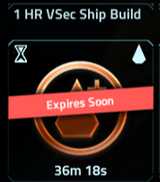 A Time token that is expiring soon.

Do note that tokens do not last forever, and will expire after a certain period of time, depending on the duration that the token takes off for a project. Usually, Time Tokens will expire within 1–4 days, do check frequently and plan your projects around the expiration time of your tokens so that your efforts to get them will not be wasted and you can maximize the usefulness of the time tokens.

Time Tokens for various projects are available in assorted events as shown in the table below: