NOTE:THIS EVENT HAS NO OFFICIAL BANNER TO REPRESENT THE EVENT. THE BANNER SHOWN IS A FAN-MADE BANNER. 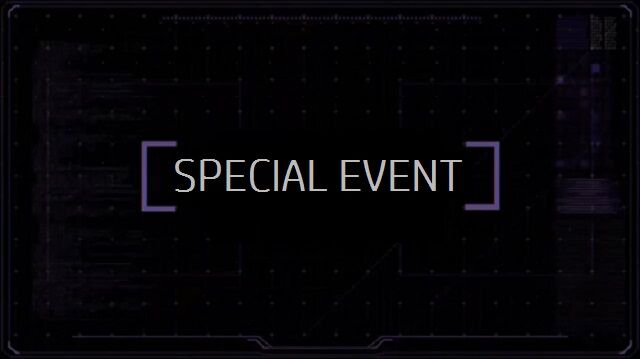 Repel the invading forces to put a end to their strike.

Similar to the Crossfire event, Demon Corp fleets will spawn and move from planet to portal in huge packs. They are not agro and behave like normal event fleets, thus making it possible to farm VSec Blueprints when killing these fleets. Although it is said that VEGA and alien fleets attack the sector they either do not appear or don't reward points upon kill.These events are still to hard for low level players are for mainly mid level players to catch up on tech.These events are also KIXEYE's way of giving out new base tech without interfering with main events.

The Special Event cycles within the event cycles thus making its pattern unpredictable. They will appear in some months but may be gone in other months.

This event is the first (of several) to re-introduce past event Prizes. These are different depending on which Special event has occurred and which prizes KIXEYE decides to re-release.