NOTE:THIS EVENT HAS ENDED AS OF 13TH OF MARCH.DEMON CORPS PLATOON FLEETS, HIVE FLEETS, UNKNOWN REAPER FLEETS, OR UNKNOWN AGGRESSORS ARE NO LONGER LAUNCHED AND INTEL IS NO LONGER OBTAINABLE 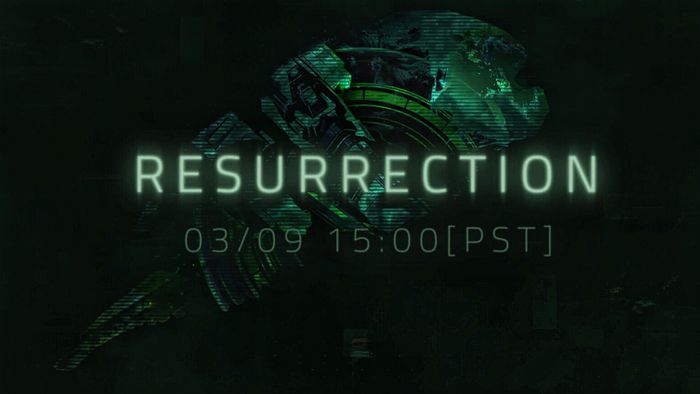 General Geir has activated his formidable Xeno Division, a branch of experimental tech combining human and Alien knowledge. It has proved a devastating counter to the Alien menace. Moreover, it has struck fear into the heart of the VEGA Federation.

Driven by this success, and still enraged at being cast out of the Demon Corps, Geir seeks to solidify his power with a shock alliance proposal.

Resurrection is the 31st Major event to occur in VEGA Conflict. It began the alliance with the infamous Xeno Division. Geir agreed to give the rebels his technology in exchange for intel on the aliens, as the Xeno Division is struggling with controlling them. They are offering one of their ship blueprints as well as other tech to the rebels if they gain intel about the aliens for the Xeno Division in this event. Aliens will flood the sector through the unstable wormholes and then proceed to attack rebel forces.