NOTE: THIS EVENT HAS ENDED AS OF 26TH OF DECEMBER. VEGA ARMADA FLEETS ARE NO LONGER LAUNCHED AND INTEL IS NO LONGER OBTAINABLE 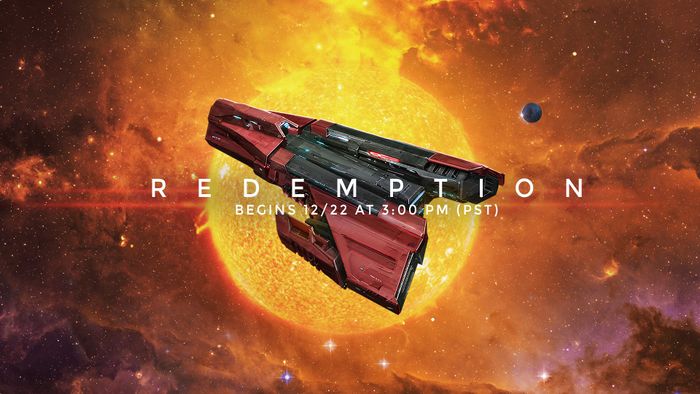 Larus, realizing the threat posed by the malicious General Geir, has offered his unconditional support to the rebellion, despite his mistrust of Keres.

Even the Iron Star leader herself admits that the rebellion needs Larus and his knowledge to survive in these desperate circumstances.

Old felds are forgotten as the battle rages on...

Redemption is a bonus event in VEGA Conflict and the 28th major event to occur in Vega Conflict, in addition to the Nemesis event in 2016. This event was meant to give lower levels a chance at claiming the Demon Corps Hulls if they have missed any in preparation for Tier 6.