NOTE: THIS EVENT HAS ENDED AS OF 7TH OF NOVEMBER. DEMON CORPS RAVAGER FLEETS OR GREATER UNKNOWN SIGNAL FLEETS ARE NO LONGER LAUNCHED AND INTEL ARE NO LONGER OBTAINABLE 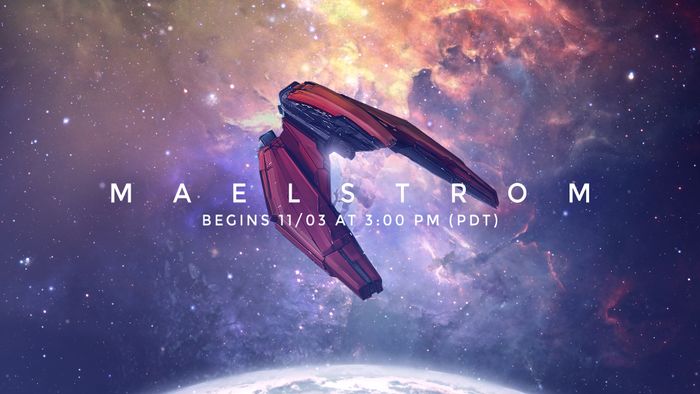 The pestilent General Geir has once again unleashed an alien attack on the frontier.

In an effort to frustrate the rebellion's plans, he also intends to relinquish direct control of the creatures, making any future attacks completely unpredictable.

The mysterious Algol has lapsed into a deafening silence, his visions of despair have finally come true.


Maelstrom is the 26th Major event to occur in Vega Conflict, and the first with an event fleet that surrounds the players.