NOTE: THIS EVENT HAS ENDED AS OF 5TH OF SEPTEMBER.DEMON CORPS HARBINGER FLEETS OR UNKNOWN SIGNAL FLEETS ARE NO LONGER LAUNCHED AND INTEL ARE NO LONGER OBTAINABLE 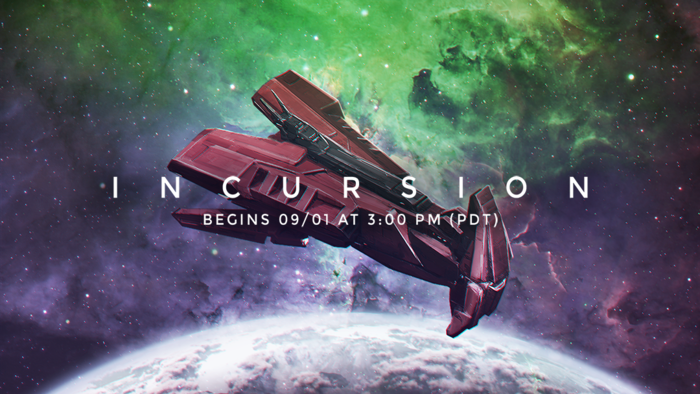 Her Majesty Keres the 7th, leader of the Iron Star Company seeks out the mysterious Algol to undo the brainwashing that has taken over her troops. When she finds him, he is little use. Ranting and raving, he shouts nonsense and vague threats about "Them."

Incursion is the 24th Major event to occur in Vega Conflict. It was the first event to reveal the Aliens as they appeared into the event as Unknown Signal Fleets, which were 3 Alien Hives (Swarm Version)