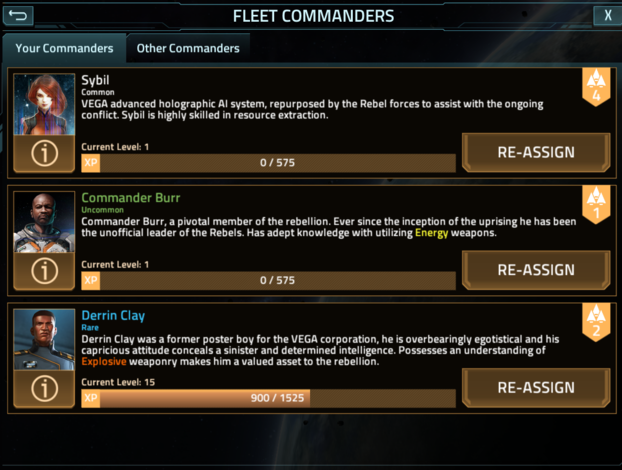 Fleet Commanders was a new feature introduced with the December 2018 Update. The feature allows players to assign a commander (which is usually a character from the VEGA Conflict Universe) to their fleets. The Commanders grants specific bonuses to the players' fleets, affording the fleets a greater edge in Combat.

Fleet commanders can be leveled up through defeating other player fleets and NPC Targets; see here for more details.