Rifts are wormholes that are used to bring NPC Targets into the sector, and are utilized by many factions, namely the Aliens, Altairians, Umbra, Marauders and Pharmakon. The Type of rift that is spawned determines the type of targets that will spawn. More information can be found on Galaxy Map.

Unlike Wormholes and the Hypergate, they cannot be travelled through. 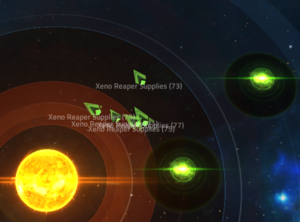 Unstable Wormholes are wormholes created to bring aliens into sectors.

Unstable Wormholes appear and disappear again during some feature events and in Alien Repeating Events. These wormholes spawn various Alien Fleets that are often aggressive towards rebels in the space between solar systems.

They made their first appearance in Incursion, where they spawn Unknown Signal Fleets that swiftly decimated whoever they encountered.

They were also revealed to spawn various types of NPC targets, including Altairian, Umbra as well as AXIS ones. 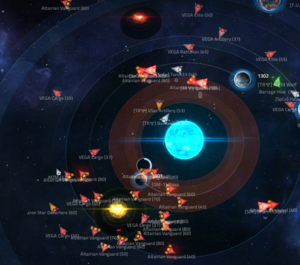 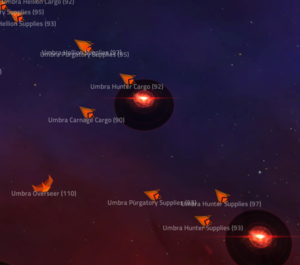 Glowing Rifts are the Altairian versions of Unstable Wormholes. They were created in order to allow Oligarch Forces led by Ny'tah to enter the rebel sectors and wreak havoc.

They spawn Altairian Fleets and only appear during selected events and periods of time. They are now exclusively used by the Umbra to deploy their fleets and spread their influence accross the sectors, meaning they only spawn Umbra Faction Targets now. 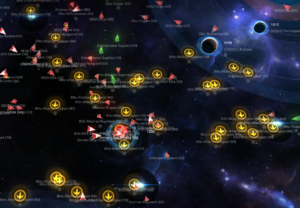 Shimmering rifts during the 5th Mobilization 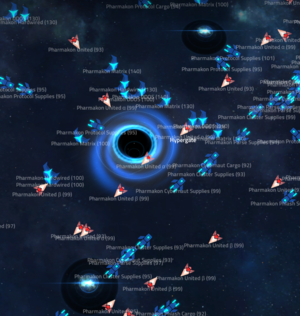 Since they are another version of the wormholes that spawn NPC Targets, and they most likely appeared unintentionally (Base Targets cannot move). During the 7th Alliance War and Anarchy, it was revealed that they were supposed to spawn Marauder Pillagers.

During the mini sneak peek event of the Umbra just before Ashes, they spawned Umbra Infectors at the Outbreak Phase. They were a common sight during the Umbra season, and were used to bring Umbra Fleets into the rebel sectors.

They are now exclusively used by the Pharmakon to deploy their fleets, meaning they only spawn Pharmakon Faction Targets. 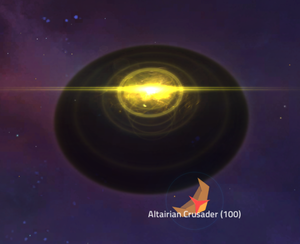 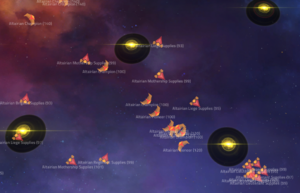 Bright Rifts are another type of rift that spawns NPC Targets. They first appeared in the Galaxy Map after the launch of Deep Space. They are used by the Altairians to bring their fleets into the rebel sectors, and thus only exclusively spawn Altairian Faction Targets. 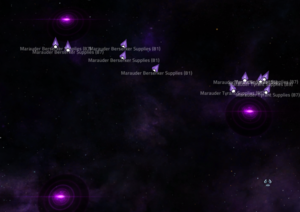 Luminous Rifts are another type of rift that spawns NPC Targets, first appearing in the Marauder Sector when Void Strike first premiered. They have a purplish glow, and are used by Marauder Gangs to deploy their fleets into the rebel sectors. 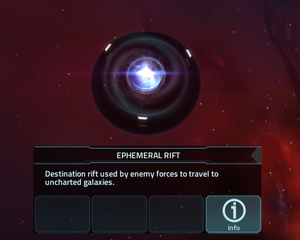 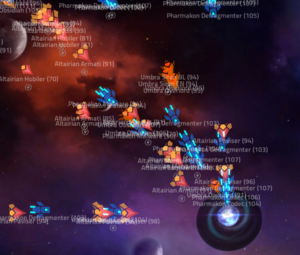 While the unstable wormhole and all other types of rifts are used to spawn NPC Targets, the Ephemeral rift does the exact opposite. They have a blueish-white glow, and they act as a secondary despawn point, similar to how the processing complexes and wormholes work as well.