NOTE:THIS EVENT HAS ENDED AS OF 23RD OF JANUARY.DEMON CORPS PLATOON FLEETS ARE NO LONGER LAUNCHED AND INTEL IS NO LONGER OBTAINABLE 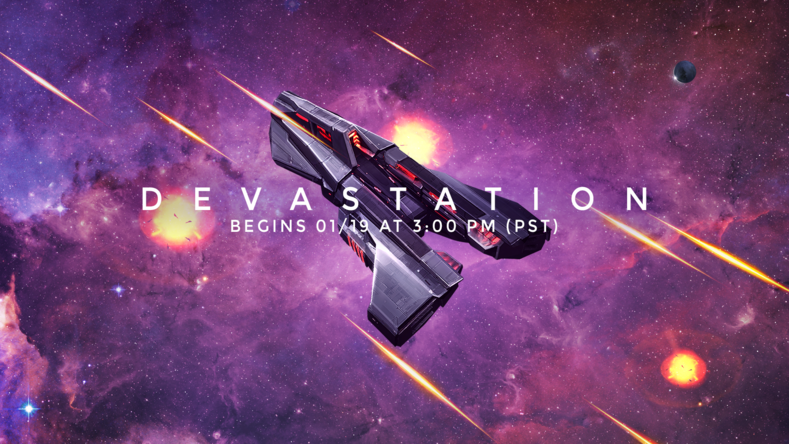 The unorthodox new hull's potential for long-ranged devastation has prompted Larus to tap his underground network...


Devastation is the 29th Major event to occur in VEGA Conflict and the first event for 2017. It was the first to feature a hull that differed in design to other hulls of its class.

File:VEGA Conflict - Devastation
NOTE:This is a Fan-made trailer by Vanasten2 and not by KIXEYE