NOTE: THIS EVENT IS OVER! 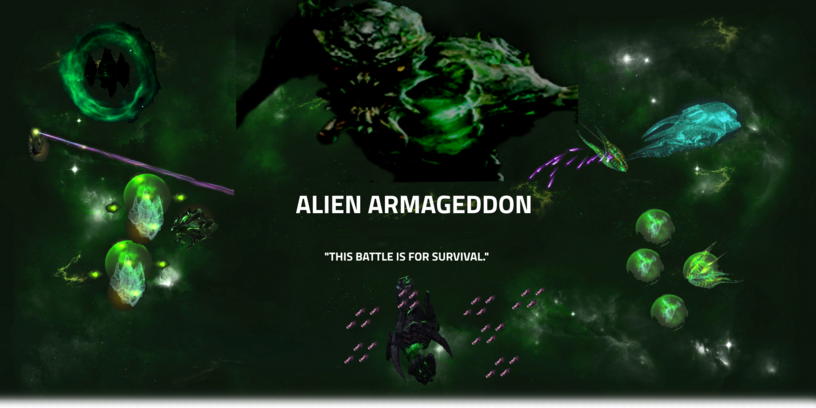 Alien invasion over last several months had undetected effects on the stability of matter within Rebel Sectors. Sectors that fail to adequately combat the Alien invasion may be overrun and their Galaxy may be destroyed. Arm yourselves, Rebels, this battle is for survival.

Alien Armageddon is a special event where players in galaxies have to defend themselves against a massive Alien invasion. A galaxy is a cluster of sectors inside the same 1000 range, i.e. 100-600, 1100-1600, and so on.

After the event, the galaxies with the least points are deemed to have been destroyed by the Alien assault, and hence will be removed completely during the next downtime. This is to facilitate a densely packed player population in preparation for the upcoming Alliance War feature.

<poll> What do you think about 5 out of 8 galaxies being closed down? YESSSS MORE FARMSSSS We're so dead Coiners galore RIP VEGA </poll>